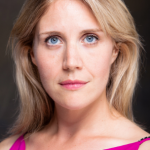 Louisa trained at the Royal Welsh College of Music and Drama and then gained a scholarship to Trinity College of Music after which she attended the Opera Works course at the English National Opera. Louisa was nominated for best female in the Off West End awards for the role of Violetta in La Traviata at the Soho Theatre which then toured to venues such as Malvern Theatres, the Tobacco Factory, G Live and Oxford Playhouse.

Other roles include Mimi, La Boheme (Soho Theatre and UK tour) Donna Anna, Don Giovanni (Soho Theatre) Queen of the Night, Magic Flute (Hawaii Performing Arts Festival) Fiordiligi, Cosi Fan Tutte Grimeborn (Arcola Theatre) Louisa has also sung at the Royal Albert Hall, Royal Festival Hall, O2 Arena and in the chorus at Opera Holland Park and for Raymond Gubbay. Louisa’s corporate work as a soprano includes singing for dignitaries at the Danish UK Chamber of Commerce, events for companies such as Fortnum and Mason, Penhaligons, Boodles, Burberry, Talkback Thames, ITV. Louisa has appeared as a singer in adverts for BT Sport and she has traveled the world as a soprano singing to passengers on Swan Hellenic Cruises.

“In the title role of ‘The Fallen Woman’, soprano Louisa turns in another exemplary performance as Violetta. She originally trained as an actor and it shows; her dramatic skills are matched with a powerful and flexible voice. Her aria ‘Go To Your Daughter’ is particularly touching.”
Timeout

“Violetta, magically sung at the press performance by soprano Louisa who is surely a top diva in the making… painfully depicts the mental and physical torments of passionate, consumptive Violetta.”
British Theatre Guide

“Reprising the role that saw her nominated for best female in the Off West End awards, it was clear why Louisa attracted such accolades for her portrayal of Violetta. With a superb voice, excellent range and masterful control of the complex and complicated runs – particularly on the aria Sempre Libera – her vocal brilliance is unmatched. What made her performance truly outstanding, however, was her strength as an actress: her sincerity in her heartfelt and emotional final moments left audience members in tears.”
The Public Reviews

“exceptional – vocally secure, and totally credible in her delineation of both Violetta’s moral agony and the illness that consumes her.”
Guardian, La Traviata, Soho Theatre

“Louisa’s performance as Violetta outlines in detail the journey from apparently carefree hedonism via fragile love to painful death, the final scene realised with as much emotional truth as in any production I have seen”
Evening Standard

“The star of the show is Louisa. She is superb as Violetta, engaging both vocally and dramatically, her full-voiced soprano thrilling in both coloratura cabaletta and mournful aria – ‘Go to Your Daughter’ is particularly moving. She brings a brash confidence to the character of this self-sufficient, high-class courtesan yet displays a convincing vulnerability”
TimeOut

“…sculpted in fine gold… If it was a joy to listen to her soprano reverberate through the space, light and airy in joy, taking on darker tones in despair, just as impressive was the forensic high definition acting the small space allowed us to glimpse. There was a truthfulness and openness that one rarely finds on the larger stages; a better interpretation won’t be seen at the Met or Opera House for many years to come. One normally watches these small scale shows hoping to find a star for the future. In Louisa we already have one!”
WhatsOnStage (Performance at Tobacco Factory, Bristol)

“As Violetta, Louisa wows with her vocal acrobatics and trills, which are so powerful they seem to reverberate off the walls of Soho Theatre. Such an impressive voice, coupled with natural flair for conveying the buoyant yet enigmatic nature of Violetta’s contradictory personality, makes for a spellbinding performance.”
A Younger Theatre

“Louisa has a supple, shimmering voice that easily rides Verdi’s emotional swoops and runs.”
The Londonist

“Her softly commanding voice gives this girl-next-door a great respectability, despite her bashful body language. Hers is the sort of voice that makes you quite unable to believe your luck that you’re hearing it in the humble surrounds of a pub.”
Fringe Opera, Mimi in La Boheme, Kings Head Theatre

“These intimate spaces are certainly unforgiving, but when you do catch a glimpse of genuine human emotion in a voice or on a face, it hits you with intense force. Louisa’s aria Per pietà, ben mio, perdona did just that.”
Fringe Opera 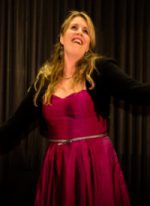