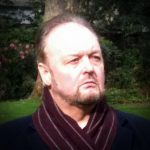 Gerard, bass soloist, studied with Norman Bailey and Raimund Herincx, has appeared at the London South Bank and at theatres all over the UK with companies such as Chelsea Opera Group, Crystal Clear Productions, and Opera Box.

“Gerard brought experience and maturity to the part of Prince Gremin and sang with affecting simplicity.”- Adrian Jack, The Independent

A prolific bass soloist, Gerard has performed over one hundred operatic stage roles include Leporello, Ramphis, Colline and the title role in The Flying Dutchman. He sang Wotan in Das Rheingold and Die Walküre at Tunbridge Wells, in the acclaimed production by The Ring Project.

He has sung Commendatore in Don Giovanni at the Bermuda Festival,

returning to sing the following season in La Boheme. That year also he sang Sachs for the first time, in a concert performance of Die Meistersinger von Nürnberg in Edinburgh. Other work abroad includes Alfonso (Cosi Fan Tutte) for the Cercle Royal Gaullois Artistique et Literaire in Brussels, and the Polizeikommissar (Der Rosenkavalier) on tour in Holland. Other engagements have included Don Magnifico (Cenerentola), Alcindoro (Bohème) and Commendatore in Opera Up Close’s acclaimed production of Don Giovanni in London and Gurnemanz (Parsifal) in Edinburgh.

“Gerard was the splendid soloist…his bass-baritone is similar to that of the late Paul Schöffler…an ideal Hans Sachs,or a bel canto Figaro, or a bravura Escamillo.” – David George, North London and Herts News

Regular concert engagements have included bass soloist in the Verdi Requiem at Birmingham Symphony Hall as well as at Canterbury, Winchester and Arundel Cathedrals, Mozart’s Coronation Mass at St. John’s Smith Square with the Orchestra of the Age of Enlightenment, Mendelssohn’s Elijah in Winchester Cathedral, Handel’s Messiah in Rouen, and Mozart’s Requiem in Santiago da Compostela. He has recorded four CDs for the Herald Label.

“The Commendatore was Gerard whose voice, dark-hued and splendidly focussed, I hope to hear again soon.”- The Stage (Don Giovanni, Opera Inside Out, Corn Exchange, Newbury)

“Frequently, it hits highs: for instance, the intense extended passages (akin to the treatment in Bach’s St John Passion) for Pilate, sung by the magnificent bass-baritone Gerard, who was terrific also as Judas (allotted almost as much space as in Elgar’s The Apostles) and St Peter.” – Roderic, The Church Times (Omega and Alpha)