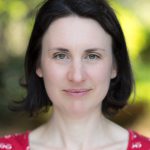 Catrine is an impressive professional wedding soprano for hire who graduated from The Guildhall School of Music and Drama with a Masters in music. Her awards include First Prize and Audience Prize at the John Kerr English Song competition and the Russell-Davies Prize. 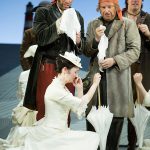 Catrine is experienced in singing with accompaniment such as harp, organ, string/wind ensemble and choir in a variety of settings.She also has experience of singing with recorded backing tracks, most recently performing her solo show in several hotels across Cyprus for Thompson Holidays and at Landmark hotels in London and Edinburgh. 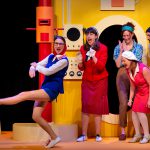 “Thank you so much for singing so wonderfully at our wedding. It was such a special day for James and me, and your beautiful singing was the icing on the cake. I got shivers down my spine as we signed the register to the angelic sound of your voice. We both really appreciated all you did. Thanks again, Debora” 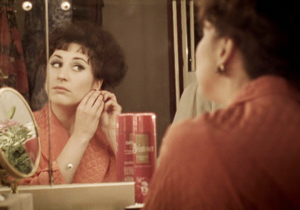 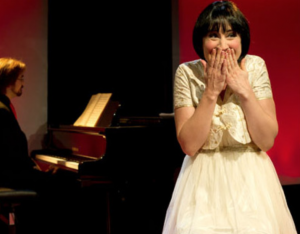 Catrine co-created & starred in her one woman show about the legendary soubrette star of the original Savoy Operas, Jessie Bond which premiered at the International Gilbert and Sullivan Festival in 2019.

As an actress Catrine also plays the title role in feature film In Love with Alma Cogan (now on Amazon Prime) alongside Roger Lloyd Pack and John Hurt.