Aidan is a brilliantly entertaining British bass-baritone for hire. He made is Royal Opera debut in 2009 in The Begger’s Opera in the Linbury Studio Theatre and has since returned to sing in Ludd and Isis for the Learning and Participation Department of the Royal Opera House and Nana/Starkey Peter Pan for Welsh National Opera on the main stage.

Key to his long list of strengths include his larger than life characterisation and versatility of style. Though his professional credits are without doubt fantastically impressive, Aidan is a warm and engaging  performer equally at home performing for intimate family gatherings and grand dinner parties, birthday parties, weddings, corporate events and PR activities as he is on the opera stage. 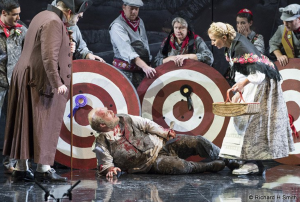 “The plum of the production… the baritone headmaster-cum-Sarastro-cum-Oberon: the timbres of the voice are quite gorgeous: he could as easily sing an aching Aeneas, a blundering Bottom, a perfect Commendatore.” The Fairy Queen, Bury Court Opera, The Arts Desk, March 2014

Aidan trained at the Guildhall School of Music, The Royal Academy of Music where he received the Stokes Scholarship, and The National Opera Studio.  Professionally he has performed for all the major U.K. Opera Companies including The Royal Opera, English National Opera, Welsh National Opera, Scottish Opera, Opera Holland Park and Glyndebourne Festival Opera and has enjoyed a busy concert career. Aidan was invited into the prestigious position of Associate Artist for Welsh National Opera, performing many roles for the company and has since begun an international operatic career performing in some of the most prestigious opera houses in Europe. 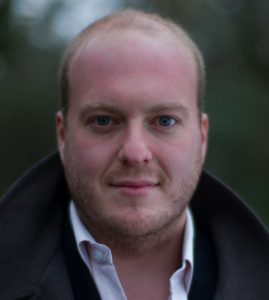 Concert highlights of this superb bass-baritone for hire include performances with The London Philharmonic Orchestra, The Vienna Symphony and The Northern Sinfonia in venues such as Festspielhaus and The Royal Festival Hall. A few of Aidan’s other stage highlights include The Messiah for The Royal Concert Hall Nottingham and for The Sage in Gateshead, a concert tour of Zimbabwe and The Creation for The Sheldonian Theatre, Oxford.

Aidan Smith created the role of Kevin in The Office the Opera by Anne Chemlewski for the BBC, recorded The Beggar’s Opera for Chandos and appeared in Tosca for ORF featured in the James Bond film A Quantum of Solace, Acis and Galatea and Dido and Aeneas for the BBC and Opus Arte. He has recorded a Documentary on L’europe Gallante by Campra for French Television. 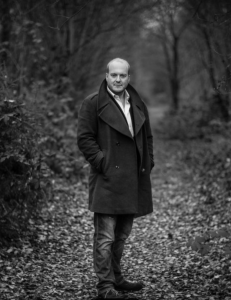 Concert engagements include St Matthew Passion in St Paul’s Church Covent Garden, Messiah in Hamburg with the Mosaique Ensemble, The Creation at the Sheldonian Theatre, Oxford, and Winterreise for the Chichester International Music Festival.