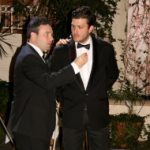 If you want to experience the awe of Nessun Dorma and the powerful operatic classics to make your event unforgettable, our male opera singers, the gorgeous Divitino will be happy to put chills down your spine with their soaring tones.

Our charismatic gentlemen will give you a stunning performance, including impressive arrangements of opera and crossover hits. With a carefully designed programme, Divitino will blend seamlessly into your event and give it the true X Factor!

Russell has been involved in the arts all his life, gained his BMus and MMus at the prestigious Guildhall School of Music and Drama to study voice on an unconditional place under the tutelage of Mr Ian Kennedy. After leaving college Russell has made his mark as a freelance singer up and down the country and is in great demand.

The Impossible Dream
Bring Him Home 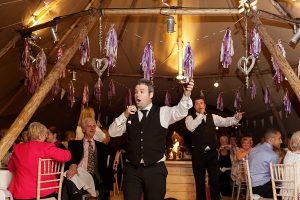 His opera credits include Tamino (The Magic Flute), Title role in Albert Herring, Pedrillo (The Abduction from the Seraglio), Don Basillio (The Marriage of Figaro), Don Jose (Carmen), and the second brother in the world premier of Laurence RomansIsabella and the Pot of Basil at Covent Garden and Buxton. Russell has a very keen interest in the works of Gilbert and Sullivan, going so far as to write his Masters thesis on their life and music. His tenor roles in these operas to date are The Defendant, Marco, Frederic, Ralph, Earl Tolloller, Alexis, Nanki-Poo and Box.

Recently seen performing with the choir at the Royal Wedding, Maciek completed the postgraduate singing course at the Guildhall School of Music and Drama. Solo appearances have included performances of J.S. Bach’s Magnificat; the Requiems of Brahms, Faure, and Mozart; Haydn’s Creation; Handel’s Messiah, the role of Zoroastro in Handel’s Orlando, and Luka in The Bear by Walton, both for “New Chamber Opera” and many others. In July 2002 Maciek was invited by Revelli to appear in the inaugural Oxford Lieder Festival, performing Winterreise at the Holywell Music Room, with further invitations to appear in the 2003 Festival, when he performed songs from Schumann’s Myrten and Franck Martin’s Six Monologues from Jedermann with pianist Sholto Kynoch at the Holywell Music Room, and again in 2004. In July 2005 Maciek was the winner of the 2005 Thames Valley Young Musicians’ Platform, part of the Oxfordshire youth music trust. He completed a successful season with the English Touring Opera’s 2009 production of Mozart’s Magic Flute and still continues to work with the ETO. 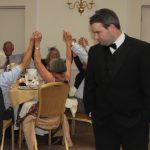 “Hi Sara, Just to say a huge thanks for the guys you sent yesterday, we had a wonderful time in the studio. Thought you’d like to hear the finished article, mp3 attached. Really hope to work with you again, my client was thrilled and I very much appreciate your help. Best regards”

Since graduating with distinction from the Guildhall School of Music and Drama in 2009 Tom has performed the title role in Rossini’s Il Signor Bruschino for British Youth Opera, Marcello and Schaunard in OperaUpClose’s Olivier Award-winning La Boheme at the Soho Theatre, Dulcamara L’elisir d’amore, Alidoro La Cenerentola, CIA director Manifest Destiny 2011 an many others. His operatic work includes chorus for ENO, Garsington and Grange Park Opera. Highlights of his concert work include The Messiah with the Cyprus Symphony Orchestra in Nicosia and on BBC Radio 3, in which his contribution was singled out by Opera Now magazine as ‘a tour de force’, and Ives’ General William Booth enters the Kingdom of Heaven with Sir Andrew Davis and the BBCSO at the Barbican Hall.

Simon is an accomplished bass-baritone and trombonist graduated from the Guildhall School of Music and Dram with his BMUS degree where he had the opportunity to study under the renowned instruction of Brian Parsons. He has performed as a soloist performing Requiems by Fauré, Brahms and Mozart, Handel’s Messiah, Schubert’s Mass in G, and Stainer’s Crucifixion. Opera roles which Simon has performed include Collatinus in The Rape of Lucretia, Oscar Wilde in The Nightingale and the Rose, and Antonio in The Marriage of Figaro.